Early last week I sent in a letter to the Bergen County Freeholders asking them to consider the 2nd Amendment Sanctuary Resolution that I had attached.  This Wednesday 2/19/2020 I went down to Edgewater, NJ where they were having their meeting this month . The Video is of me  talking to them.  Below that is a screenshot of my letter and the  link to the PDF of the letter.  The resolution was the same one that I have sent around to all of the towns and to Sussex County.    For the most part the Freeholders  seemed to listen, although I noticed that there was little movement towards moving forward with it.

My friends, now they have it and the ball is in their court.  Every meeting that they choose not to act is another reason why we will have the opportunity to ELECT, at the end of this year, members of the public who are willing to defend the 2nd Amendment - NOT JUST TALK ABOUT IT!  For too long we've been lied to by politicians who say they support our rights.  They do, until a better deal comes along  and then they sell out our rights!

My asking them to take on the duty of declaring Bergen a 2nd Amendment Sanctuary wasn't the end of it.  Freeholder Sullivan felt obligated to reply to me. Of course he knew he would get the last "official word".  Below his comments you will see my response , done outside the Edgewater Municipal Building! 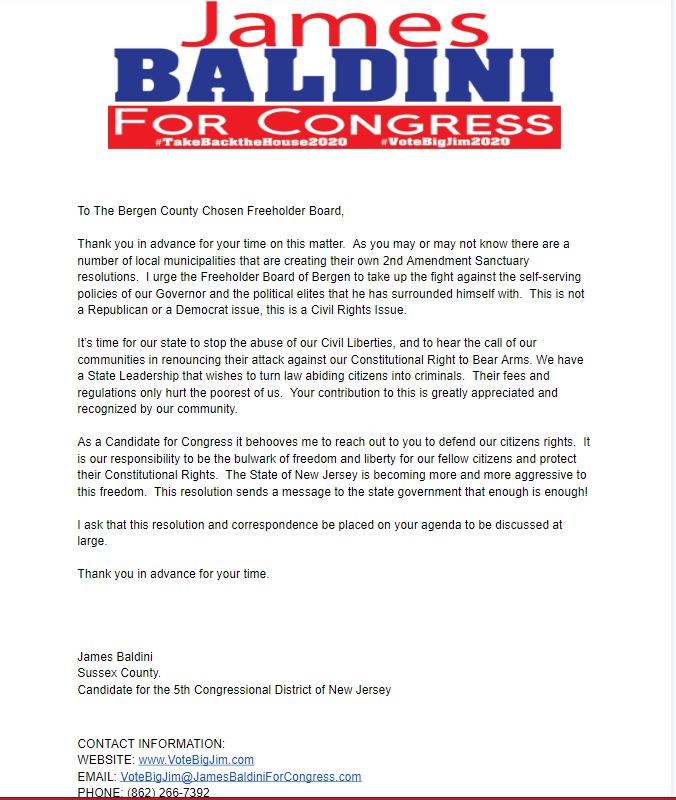 Former Union Boss and Former Councilman of Montvale and current  Freeholder Sullivan says he doesn't want to take our guns.   Well, since he thinks technological changes alters your rights.  Modern Social Media can kill and has been the instrument of many suicides.  When is he going to call for the banning of Social Media and the Internet?  When will he voluntarily surrender his  Cell Phone, give up his Facebook and other social media  and buy himself a full Franklin Printing Press!

Answer is he won't.  The left finds it convenient for them to have certain RIGHTS, but not All the Rights.   That's NOT how the Constitution was written.  Chaulk this up as ANOTHER reason for me to run.  My personal goal is to replace any FREEHOLDER who won't support the 2nd Amendment as well as our other rights! 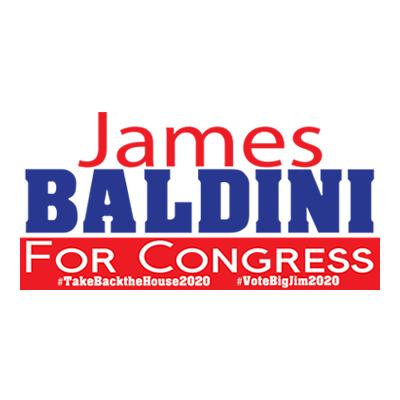 Sign Up for Updates
Thanks for signing up!
Paid for by: Vote Big- Vote James Baldini
Powered by CampaignPartner.com - Political Websites
Close Menu